Having landed back in New York, I can finally exhale and say “another PRSM National Conference in the books.” This year’s Annual Conference took place at the Long Beach Convention Center in Long Beach, CA in beautiful California weather.

The theme of this year’s conference was “Expect the Unexpected” which was reflected in education sessions revolving around new technologies in the ever-changing world of facilities. While facilities management itself may be changing, PRSM remains a little more consistent. Here are the 5 things I learned this year at PRSM. 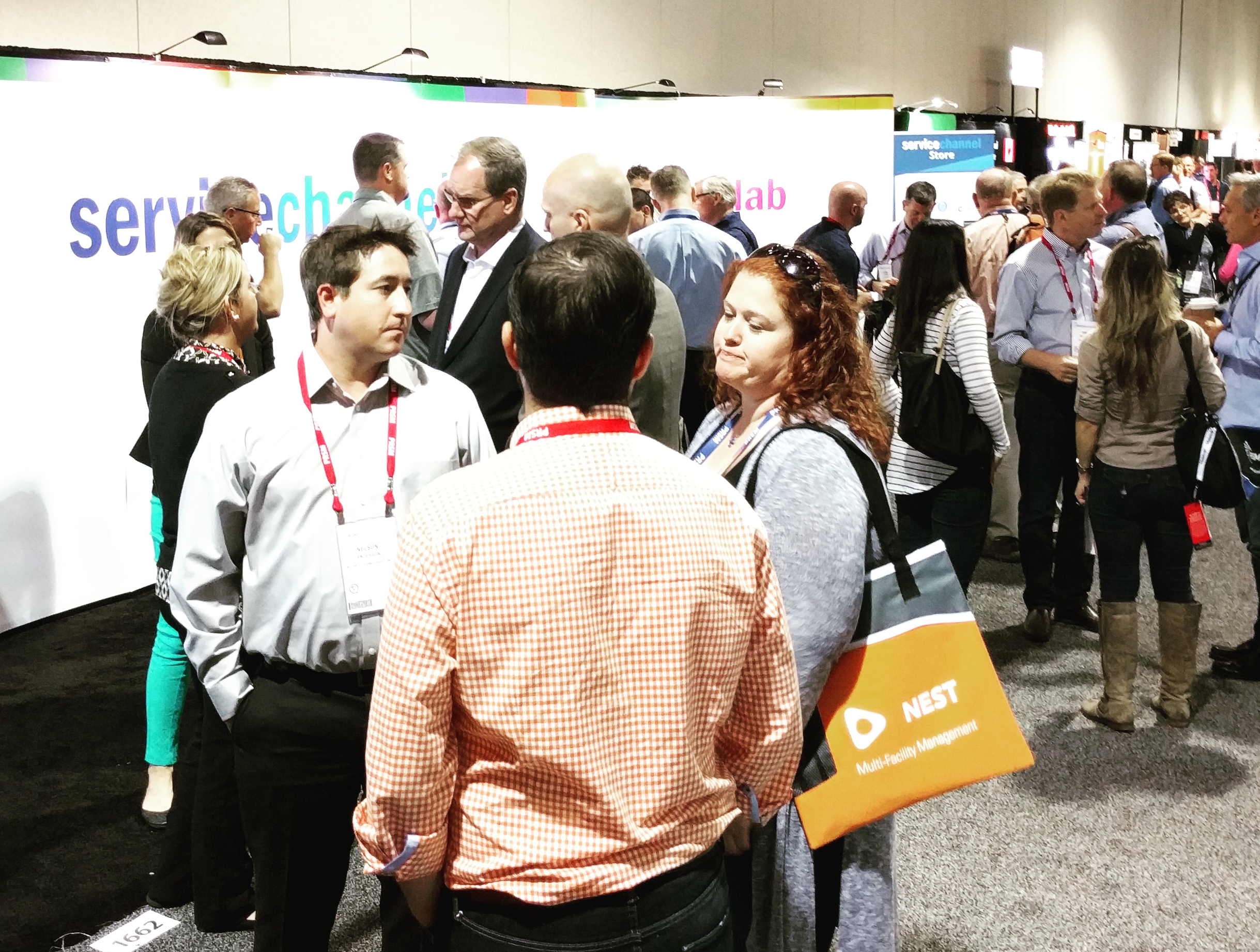 It’s always nice returning to PRSM and seeing familiar faces as I head to the booth to register and get my badge. I may not be the most popular person at PRSM (I think ServiceChannel’s Co-Founder, Steven Gottfried may take that crown) but I find it nice to be shaking hands with old friends right from the very start of the conference.

I’ve mentioned it in recaps of PRSM in the past, but there is a real sense of community within the organization. Year after year people return, sometimes with new companies, sometimes switching from an attendee to exhibitor, but still they return. With PRSM’s retailer membership having grown to over 300 companies, the number of exhibiting vendors has grown almost twice as fast.

This year seemed even larger than last year with over 15 rows of exhibiting companies. It seemed to me that a large number of new exhibitors were regional contractors; it’s exciting to see this national organization broadening its audience and attracting all types of companies. I’m hoping that, in the same vain, next year PRSM will focus on potentially getting more regional retailers to participate, matching this contractor trend. 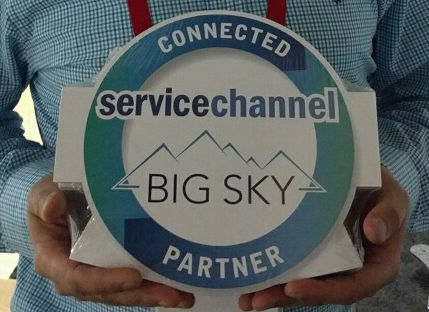 Once in the exhibit hall, I again had the responsibility / honor to hand out the ServiceChannel Connected Partner placards. The placards are handed out to all contractors that have clients using the ServiceChannel Service Automation platform. They signify that the contractor is trained on the software and are always a huge hit with both exhibiting contractors and retailers.

Multiple times, I heard retailers say, “If a contractor doesn’t have a ServiceChannel placard, then we won’t work with them.” It signifies an ease of use knowing that you’re on the same system and speak the same language. Again, over 80% of all exhibitors were already trained on ServiceChannel’s FM software.  (This is where I noticed that so many new exhibitors were regional!)

This year, we added our new colleagues from Big Sky Technology to the badge to highlight that we’re now working together (I’ll talk more about this in bullet 4).

3 – What Technology to Expect when Expecting the Unexpected 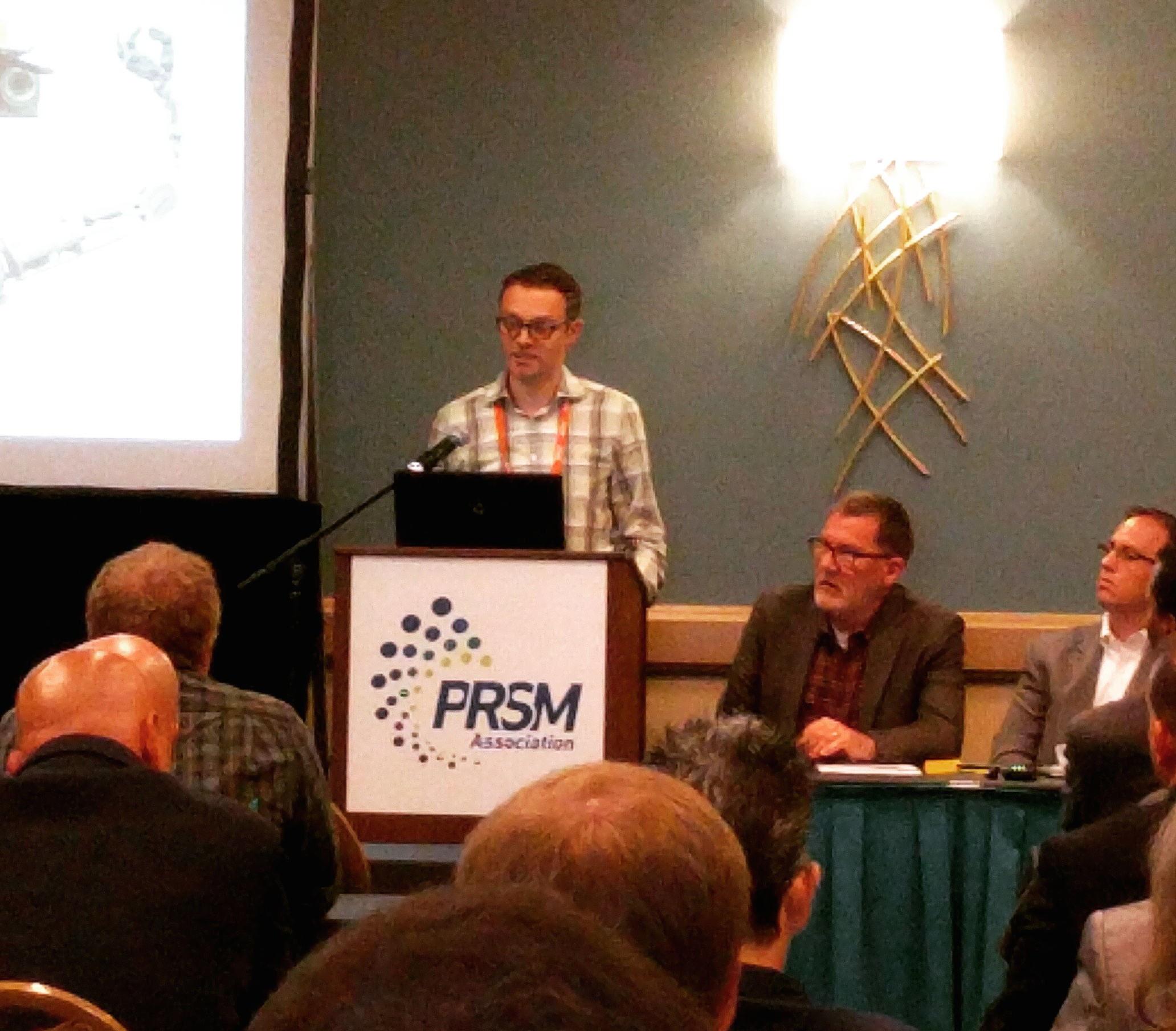 As an exhibitor, I didn’t have time to attend all of the education sessions PRSM offered at the conference. The one session I do know a lot about was led by ServiceChannel’s Co-Founder and CTO, Serge Lubensky. Serge spoke on a panel for the session “CMMS, Controls and the Internet of Things,” that brought together experts in CMMS, energy controls and utility building systems.

They highlighted a number of areas around the Internet of Things (IoT), one of the hottest areas in facilities management technology, including:

While we’ve been part of the same team since early this year, this conference seemed to be the first time some people had heard that ServiceChannel had acquired Big Sky Technology. While somewhat ‘old news’ to us, it still ended up as ‘big news’ to a number of folks at the show.

Feedback was overwhelmingly positive.  For example, a lot of what I heard from contractors was a mix of both surprise and joy; most were excited that now they’d have one more partner and one more way to get new work. I also heard multiple individuals say that ServiceChannel and Big Sky are their two favorite pieces of software to use, and they’re excited to see what we can do together.

At the show, we exhibited together with Big Sky, and with this much larger presence, we landed in the far right corner of the exhibit hall. Regardless, we still were able to meet with most of our current retail industry clients who swung by to say hi. We also were able to meet a number of Big Sky’s clients and learned more about all of the exciting things they do with Big Sky and their excitement to be part of the larger ServiceChannel family.

I missed the closing party this year. If you’ve been to a PRSM conference before, you may not be shocked by this. Lots of people just run out of energy after days of walking around the exhibition floor and attending meetings, education sessions & parties. PRSM knows this too and this year tried something new to get people to stay and close out the conference.

For the closing party, they announced there’d be a “special guest.” After five hours of exhibiting and then two more breaking down the booth to ship it home, a “special guest” was just not enough to make me stay. It wasn’t until I ran into a ServiceChannel partner at the airport that I learned that the “special guest” was none other than VANILLA FREAKING ICE! Now that is someone that would get me to attend the closing event. Advice to PRSM: next year, while I respect the effort to get people to stay, maybe don’t shroud the guest in so much mystery.