In the technology world, the term extensible is generally viewed favorably, connoting good planning and design. It is a software-specific term defined as a way to enable software engineers and application developers to easily add new features and capabilities as requirements change.

ServiceChannel has been on a campaign as of late to promote a form of “extensibility” of our service automation SaaS platform by highlighting different corporate use cases beyond facilities management (FM).

For example, in the Extending Value of Service Automation Across the Enterprise eBook we published on the subject, we highlight a number of ways various corporate departments can benefit from deploying service automation for their day-to-day critical tasks.

We were then more than pleasantly surprised that several of our own customers had beaten us to the punch and discovered new and innovative ways to use service automation across different departments.

One recent example is a deployment at Charlotte Russe, a national fashion and accessories retailer with 560 stores in many malls and shopping centers across 45 states. Here’s some of what they did, and check out the case study for all the details. 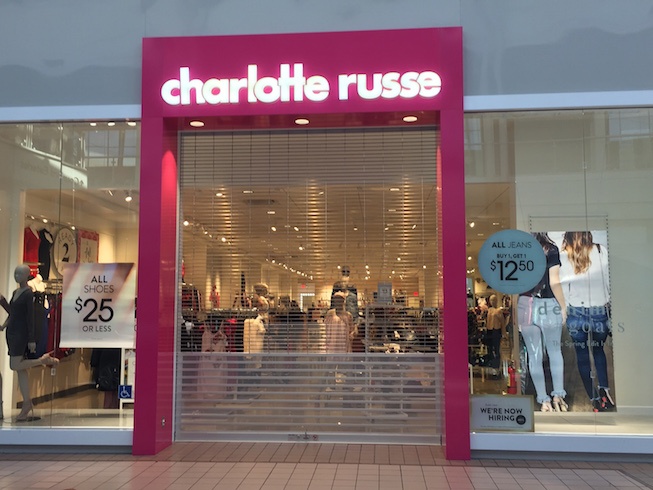 Originally, the ServiceChannel deployment at Charlotte Russe was primarily for the company’s FM department, mainly as a work order management tool. What set Charlotte Russe apart was that the company (under new FM leadership) actually looked for ways to extend its use of service automation to other corporate departments.

In fact, this search became the foundation for a strategic initiative within the company with improved inter-departmental collaboration and communications being the ultimate goal.

This initiative began with the acknowledgment that there was little to no awareness of ServiceChannel among other departments and stakeholders. The FM team took this matter into its own hands by leading an internal awareness-building campaign on the full potential of ServiceChannel in departments including Operations, Accounts Payable, and Procurement. From there, the new use cases naturally emerged.

Perhaps the most interesting new use case that Charlotte Russe developed was extending the ServiceChannel Service Automation platform as a way to standardize its replacement equipment procurement process. Previously, individual stores were generally on their own to order replacement equipment such has the tens of thousands of light bulbs that the company goes through each year.

By working together, the Charlotte Russe FM and Procurement departments figured out a way to simplify and standardize the equipment ordering process with easily enforceable policies such as not to exceed (NTE) pricing. They used ServiceChannel’s Supply Manager, designed specifically to help companies build highly customized but extensive catalogs of approved equipment, parts and materials.

The results have been more than impressive. Since Charlotte Russe began its service automation extensibility program, the company estimates that it has saved at least $1.5 million in the replacement costs for just light bulbs because of its more efficient procurement process.

There have been other successes. For example, by extending service automation to its invoicing and payment process, the company estimates that it’s saving 60 hours a week in processing time, benefiting the company and its many vendors. Even the FM department itself has benefited with a 54% reduction in work order resolution time after turning on ServiceChannel Analytics.

“ServiceChannel has made our operations more automated, which helps us in so many ways,” said Shannon Markwell, Facilities Manager at Charlotte Russe. “At first, I think we were using 5% of what ServiceChannel was capable of. Today, we’re operating at 90% of its full potential with room to do even more.”

In the end, the Charlotte Russe success story is really not about how different departments benefited from using service automation. Instead, it’s about how an innovative FM department took a leadership role in figuring out a way to work and communicate better with other corporate departments for the benefit of the entire company.

In this way, perhaps the true value of service automation for companies such as Charlotte Russe is in the way it helps break down long-standing walls dividing corporate departments who operate too much in separate silos.