ServiceChannel is lucky to be partnered with companies who are bringing real value to their communities and consistently making an effort to make the world a better place.  In June alone, three of our customers, Hastings, CVS and The Cheesecake Factory are spearheading some significant fundraising events.  As a proud supporter, we wanted to take this opportunity to spread the word! 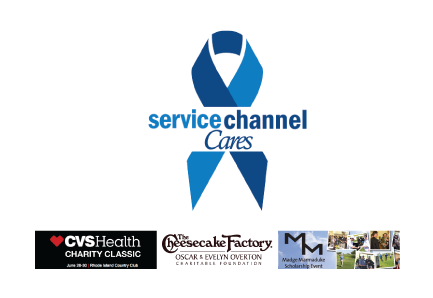 Now in its 26th year, the Madge Marmaduke scholarship golf tournament took place on June 4th in Amarillo, Texas.  The event was attended by Hastings employees and families along with Hastings’ partners, including ServiceChannel team members Chip Berthusen and AJ Steele.  The foundation’s mission is to provide educational scholarship opportunities for Hastings employees, or their family members, who otherwise might not be able to attend college.  Since its commencement in 1990, the Madge Marmaduke Scholarship Fund has awarded over 175 four-year scholarships totaling over $1,000,000.  Learn More

From June 28th to the 30th, CVS Pharmacy will be holding its annual Golf Charity Classic.  Since 1999, this charity has raised over $18 million for nonprofit organizations across Southeastern New England.  The Charity Classic supports groups like the American Red Cross and the American Heart Association, along with 80+ other nonprofits that provide vital services to families in need.  Twenty top-ranked golfers in the country are featured in this event every year.  The 2013-14 charity co-champions, Steve Stricker & Bo Van Pelt, are looking to win it again.  ServiceChannel executives Sid Shetty and Dan Leff will be amongst the attendees for this year’s event. Learn More

The 13th annual charity golf tournament hosted by The Cheesecake Factory will take place on June 29th in California.  In attendance will be Cheesecake employees, friends and partners. The event will raise money for the Oscar & Evelyn Overton Foundation which donates to the City of Hope Comprehensive Cancer Center, an innovative biomedical research, treatment and educational institution in Duarte, California.  This annual golf tournament has donated over $2.5 million  to the City of Hope.  Learn More